Out with It!/Allan â Fo!

The first ever bilingual, English/Welsh, back-to-back autobiography of its kind! 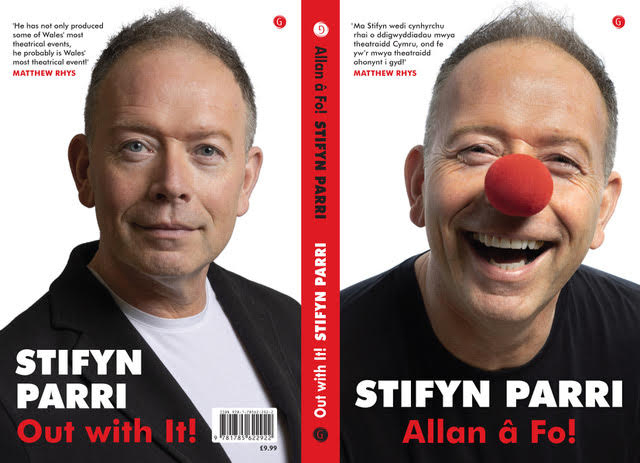 This unique book contains some of the most outrageous, naughty and colourful stories from the life and career of stand-up comedian and entrepreneur Stifyn Parri.

From backstage dramas at Les Misérables, to behind the scenes on Brookside, superstars’ tantrums and royal embarrassments, as told by one of the biggest mouths in the country, who’s worked with some of the biggest stars in showbiz.

Out with It! shares stories from Stifyn’s showbiz life as he mentions encounters with people such as Catherine Zeta Jones, Prince Charles, Grace Jones, Siân Phillips, Shirley Bassey and Bonnie Tyler as well as those who have had a lasting influence on him, especially his mam, Marilyn.

This is an honest, humorous, outspoken book, which shows the man behind the public face. This is Stifyn Parri.

For signed copies contact Stifyn direct at Hello@mrproducer.co.uk ; alternatively it is available at amazon.co.uk or local bookshops.